History of the Cooperative 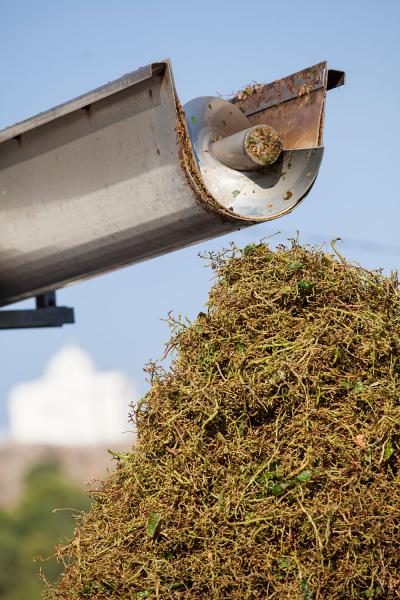 In 1937 growers on the island established the Limnos Agricultural Cooperative. Its main activity at that time was to collect the cotton Limnos was famous for growing and to gin it. Following that, due to the growing numbers of islanders migrating away from Limnos, cotton growing was gradually abandoned and the Agricultural Cooperative turned its focus instead to wine-making.

Using the red variety Limnio (one of the oldest varieties in the world, which had remained unchanged on the island) and the white Muscat variety Alexandria which had been introduced to Limnos in the 1970s and been grown on a small scale by certain producers, the Cooperative began producing the dry and sweet wines Limnos is now so well-known for.

Our growers are our very foundation, the very fabric of everything we do; the driving force that keeps us going. They are growers, crop and livestock farmers and processors of agricultural produce, the majority of whom work exclusively with the land, helping preserve the character of local varieties, and combining traditional farming practices with modern methods of caring for crops and vines. By using up all the produce they grow, the Agricultural Cooperative of Limnos helps local growers maintain their income and actively encourages them not to abandon the land of Limnos they tend and care for with such dedication.

Striving to assist local people and cater to their needs, the Cooperative does not just help with sorting out its members’ bureaucratic affairs. It is a space within which they can devise plans and achieve their common objectives; a space where the ideals of collectivism and the cooperative method find practical implementation.

For there is strength in unity: One land – One common goal

Making wine with knowledge, dedication and modern equipment, the Cooperative is keeping the island’s ancient tradition of producing select, authentic wines well and truly alive, capitalising to the full on the uniqueness of the Alexandria Muscat and Limnio varieties. The aim of Cooperative of Limnos is to make competitive products and provide services of consistently high quality. Our key priority is to defend the interests of our members by bolstering the position of their products on domestic and international markets.